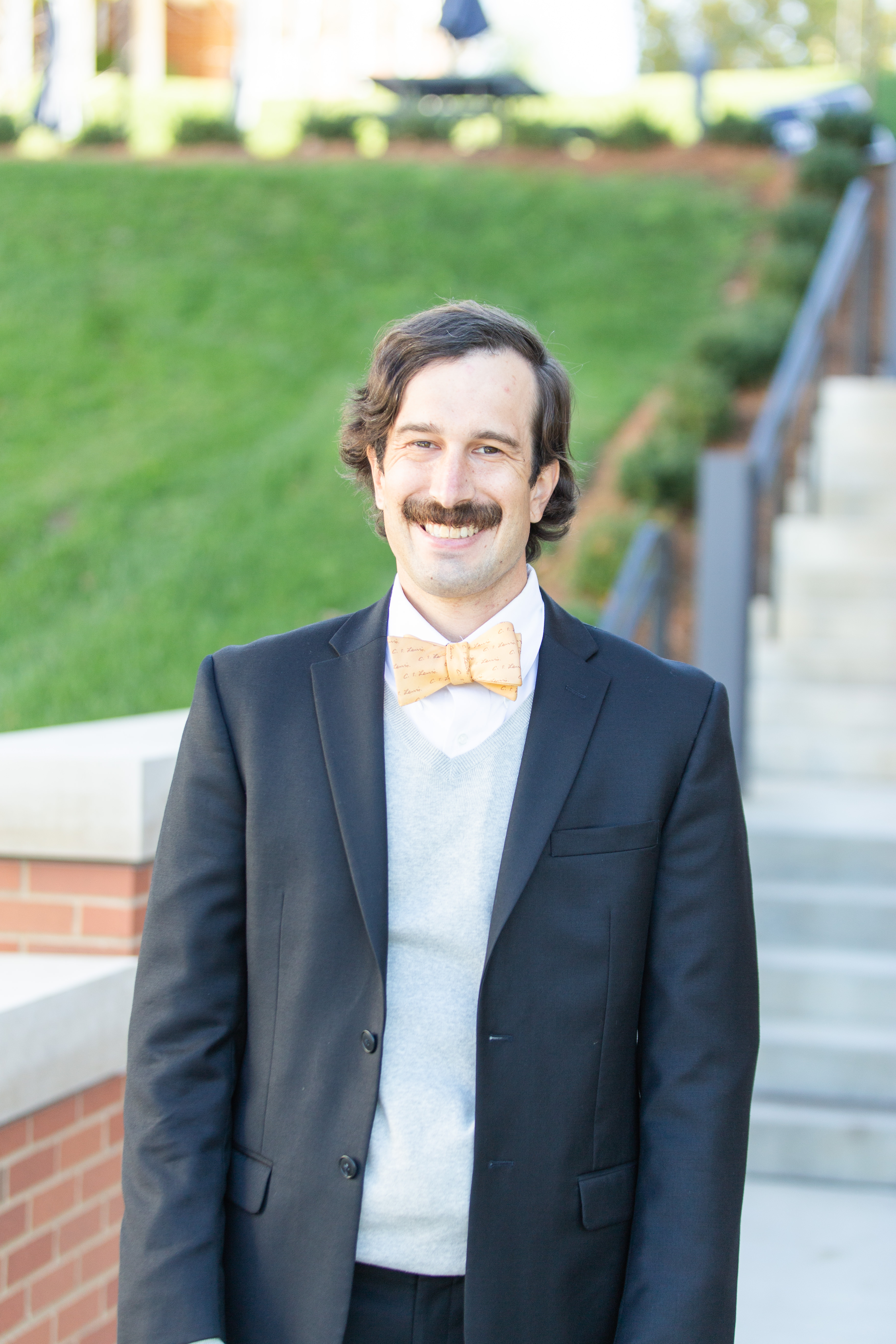 Hailing from Hilton Head Island, South Carolina, Hayden Copeland relocated to Nashville in 2018 to serve as a Franklin Road Academy Faculty Fellow for the Religious Studies department. He earned his undergraduate degree from Clemson University, studying both entrepreneurship and leadership. During his time in the Upstate, Hayden was mentored by NASA Scientist and Team USA Ultimate Board Member Benjamin Slade in both Ultimate Frisbee strategy and coaching. While at Clemson, he was also a member of the Club Waterski Team, known as the Boathouse Waterski Club on Lake Keowee.

From the moment he walked onto the hallowed grounds of Augusta National for the historic 1997 Masters Tournament, Hayden knew that he wanted to be a golfer. As he reveled in the glory of Amen Corner, something almost spiritual about the game resonated with him. When his family moved to Hilton Head Island, his golfing career really began to blossom. Hayden played for legendary golf coach Doug Langhals at Hilton Head Christian Academy, the prep school powerhouse that has won 3 golf state championships in the last 10 years. Hayden decided to dedicate himself completely to the game of golf after playing a memorable round at the Colleton River Pete Dye course during his junior year. As a young player, he would volunteer as a standard bearer each year for the PGA Tour’s Heritage Golf Tournament at Harbour Town Golf Links. Currently Hayden is a member of NewClub Golf Society and he has served as the assistant coach for FRA’s varsity boys and girls golf team since 2018. In 2021, Hayden was tapped to be the next head coach for the middle school golf program at FRA.

Hayden was raised in a basketball family and coached by his grandfather Jim Perry, a 1954 University of Kansas graduate and walk-on for the Kansas Jayhawks basketball team. During Hayden’s time at the YMCA of Metro Atlanta, he worked with youth to develop their skills in waterskiing, wakeboarding and most importantly, basketball. Hayden began his basketball coaching career under the leadership of Josh Flegel and has studied under coaches including John Pierce, Brandon Albright and Sam Moran. He has served as the assistant coach for FRA’s middle school boys basketball team since 2018.

During the day, Hayden teaches 5th grade history along with 5th and 6th grade Bible. He also serves as the coordinator for Middle School Convocation and is a member of the faculty Spiritual Life team.

Tyler is originally from Huntsville, Alabama. He attended Troy University where he played football and studied Comprehensive Science as an undergraduate. Then he earned his Masters Degree from Troy and was a Graduate Assistant for Athletics Administration.

In 2016 Tyler moved to Baton Rouge, and worked at Parkview Baptist School. While at Parkview he taught Physical Science and served as the Middle School Director of Athletics while coaching MS Football, Varsity FB, and Varsity Golf.

Tyler and his wife, Kaitlyn, and are excited to be in Nashville and are pumped to be a part of the FRA family.