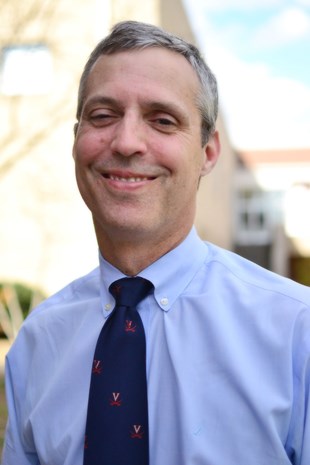 John Murray enters his seventh season as Head Boys Tennis Coach at Franklin Road Academy. Murray was a four-year member of the men’s tennis team at The University of Virginia, served as the team captain his junior and senior seasons, and qualified for the NCAA championships his senior season. After graduating with a psychology degree, he played professional tennis for two years. He then returned to UVA to earn a Master’s Degree in sport sciences. During this two-year period, he also served as the Assistant Men’s Tennis Coach. After earning his degree, he became Head Men’s Tennis coach at UVA and guided the team to a record of 65-26 over the next four years.

After six years coaching at UVA, Murray transitioned into the independent school setting and over the past 20 years he has been a teacher, department chair, division head, and head of school, before arriving to FRA 8 years ago and moving into the role of Dean of Academic Affairs. During that 20-year period, he also earned his M.A. from Columbia University and his Ph.D. from Auburn University. Murray has been involved in coaching high school tennis throughout his independent school career with his teams in Ohio, Massachusetts, and Alabama earning five state titles. He is looking forward to another fun and rewarding season on the FRA courts.

Randall Bedwell is a familiar face around the FRA campus, serving as Assistant Boys Tennis Coach, Summer Racquets Camp Director, and substitute teacher. He has been instrumental in introducing pickleball and ping pong into the sports mix at FRA but his personal history remains tied to tennis.

“Coach Randall” learned to play on the public courts of Paris, Tennessee and rose to become a top-ranked junior player in the state and later played for Lambuth University, where he twice received all-conference honors. After graduation, he earned his certification as a United States Professional Tennis Association teaching pro and has never stopped loving (or teaching) the game.

While pursuing his Masters in History at Ole Miss, he served as Tennis Director for the City of Oxford, Mississippi, where he administered a USTA pilot project to promote tennis in schools, run summer camps, and bring junior players into a healthy competitive tennis environment. During his tenure, he led four consecutive teams to the USTA Junior Team Tennis Nationals. Many of his players went on to successful collegiate tennis careers.

A longtime member of Maryland Farms YMCA, he joined as a staff pro a few years ago, ran their summer tennis camps, and started a Sports Psychology program with a curriculum he created while working on his Masters in Teaching at Trevecca Nazarene University.

Last year, he helped lead the FRA Girls Team to the TSSAA State tournament and looks forward to working with Dr. Murray to build a strong tennis and racquet sports program at FRA.