Graduating from Gardner-Webb University in the spring of 2017 with a bachelor's degree in Communications: Film & Video, Bennett wrestled for four years in the Division 1 Gardner-Webb wrestling program.

Wrestling primarily at the 165 pound weight class in college, Bennett recorded 18 pin falls in his college career with notable wins over opponents from Indiana University, Cleveland State, Appalachian State, and NCAA Qualifier from Northern Illinois. Bennett was also a part of the 2016 Wrestling SoCon Dual Championship team. Off the mat, Alex Bennett was in the Student Government Association for four years and finished his senior year as the Student Body President.

Alex Bennett was a 4 year letter award winner at Franklin High School in Franklin, Tennessee and was a four-time state qualifier, two-time Regional Champion, tabbed the Team MVP his senior season, also won the Break Out Season Award and the Most Pins Award his senior year. He was a State Runner-Up his senior year. As a Two-time Team Captain he posted an overall record of 145-34 during his high school career.

Bennett's coaching career started in 2017 at Grace Christian Academy in Leiper's Fork, TN where he coached the wrestling program to its first two state qualifiers and first state medalist. During his first year at FRA Coach Alex, along side of Coach Chris, has 4 state qualifiers and two state medalist. Bennett is really excited for his second year at Franklin Road Academy and is looking forward to the direction this program is going in. 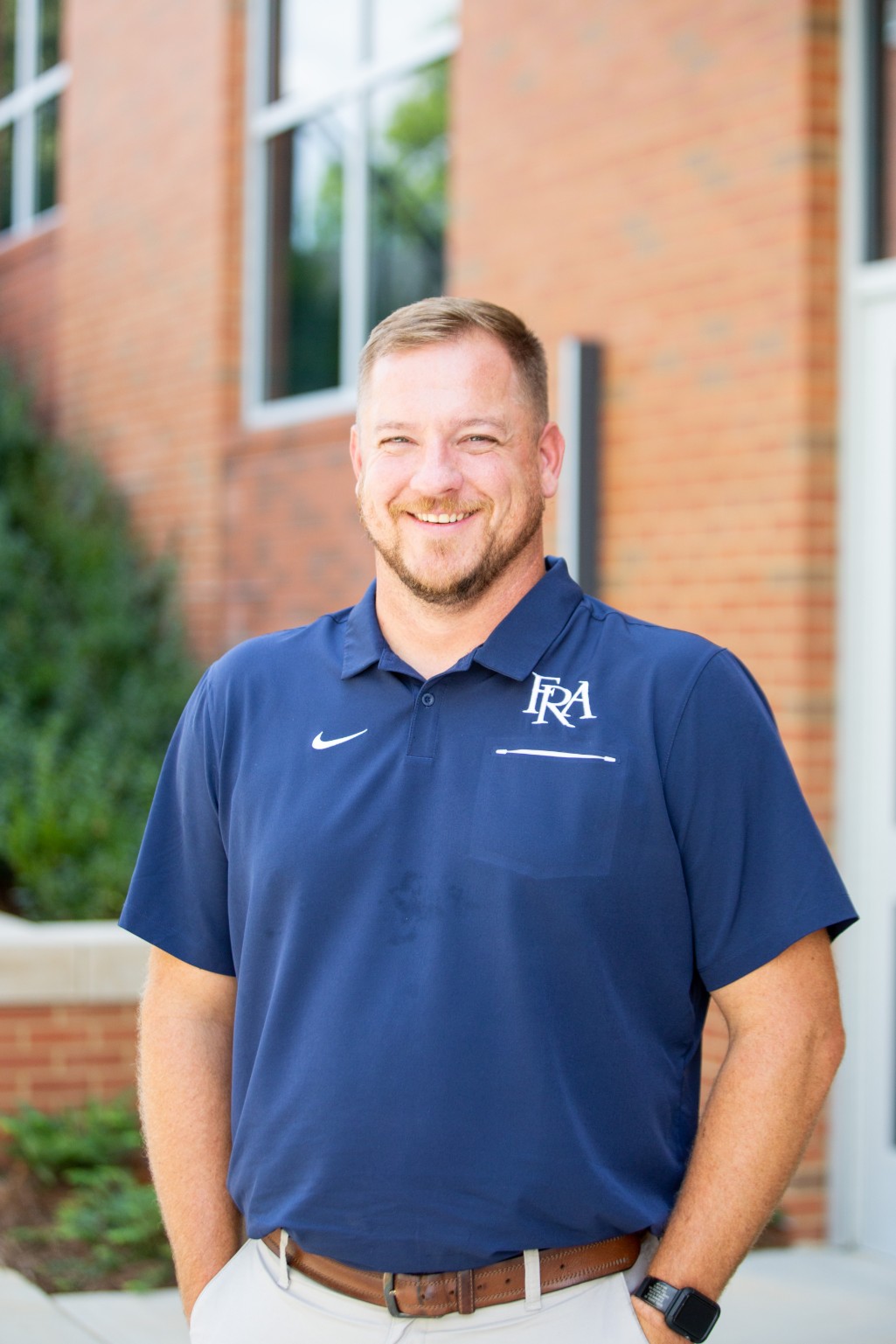 Coach Dawson is from Franklin, TN, having graduated and been a member of the Battle Ground Academy football, wrestling, and track and field teams. After high school, he attended Carson Newman College (now University) and played defensive tackle for the Eagles for 4 years while completing his undergraduate work. Throughout his football playing career, he has won 3 high school state championships, earning all-district and all-mid-state honors, competed on 3 SAC conference championship teams while at Carson Newman.

David also assists the wrestling program at FRA working as an assistant for the past 3 seasons.

After serving as our director of the Heart to Heart Program for the last seven years, David Dawson will take on new responsibilities as the director of student activities for pre-kindergarten through grade 12. He will continue his role as the ninth grade chair. In addition, he will help support our advancement office as they work to plan our 50th Anniversary on-campus events. We are grateful for his commitment to our wrestling program as well as the student activities around the school.