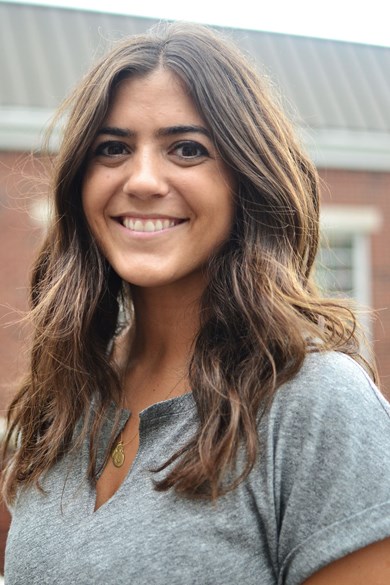 Sarah Moore graduated from Franklin Road Academy in 2009 and was a member of the 12 year club. While she was here at FRA she ran track and cross country all 4 years and cheered her senior year. After graduating from Franklin Road Academy Sarah went on to the University of Arizona in 2009 where she received a Bachelor’s of Science in Speech, Language, and Hearing Sciences. After graduation she then went on to Graduate school at Lipscomb University where she graduated in 2016 with a Master’s in Special Education. After graduation Sarah came back to Franklin Road Academy where she started coaching the Varsity football cheer squad in 2015 and then the next year became the head coach in 2016. She also started coaching Middle School basketball cheer leading in 2018. Sarah is a Heart to Heart instructor and has been in that role for the last 7 year's.

Chelsea Rogers is teaching 6th Grade Math at FRA, as well as the head 5th and 6th Grade Cheerleading coach. Chelsea was a football and basketball cheerleader when she was younger and danced through elementary to high school. She enjoys teaching middle school students about the sport of cheerleading in a competitive environment. Middle School cheerleading is an introductory level to football cheer with a focus on the fundamentals, sideline cheering, and school spirit.