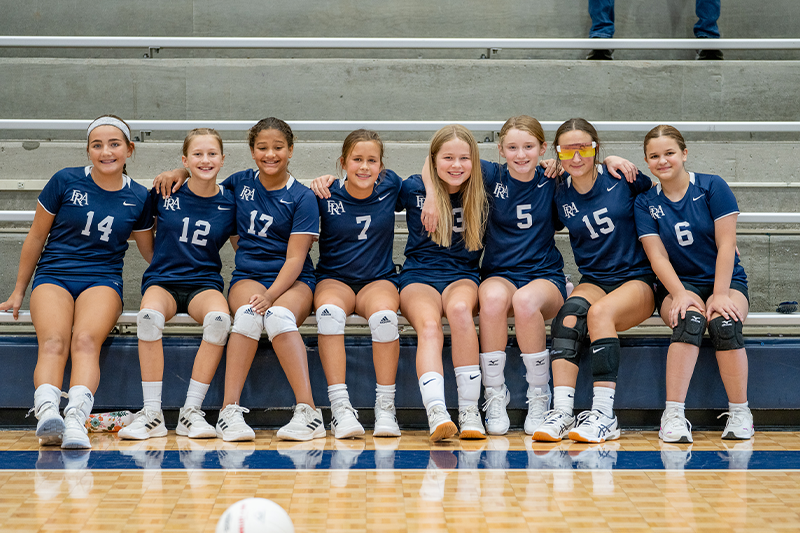 With only one loss on the season to a talented Grace Christian team, the 5th/6th-grade volleyball team are 4-1 to start the season. They have had big wins against Harpeth Hall, Battle Ground Academy, Ensworth, and Christ Presbyterian Academy. Every win has come in two sets.

In Coach Ossenfort’s words, “The team is doing well running a 4-2 offensive system, which means of the six players, there are four hitters and two setters (which play opposite each other on the court). The girls have learned their rotations and are switching to their positions effectively in serve receive. They have also learned a new defense and are now using a libero in the lineup. This is a lot of learning in a short period of time, and we are very proud of all their hard work.”

Another area of pride for the team is that every player serves overhand over the net. Strong serving is a huge factor in those tight matches. Most of the ladies also serve from behind the back line, not needing the allowed accommodation to step up two feet from the end line to serve their first three balls.

This team has a long season ahead of them, and we cannot wait to see what they can accomplish this season! They will play next at Brentwood Academy on Wednesday, September 7th.