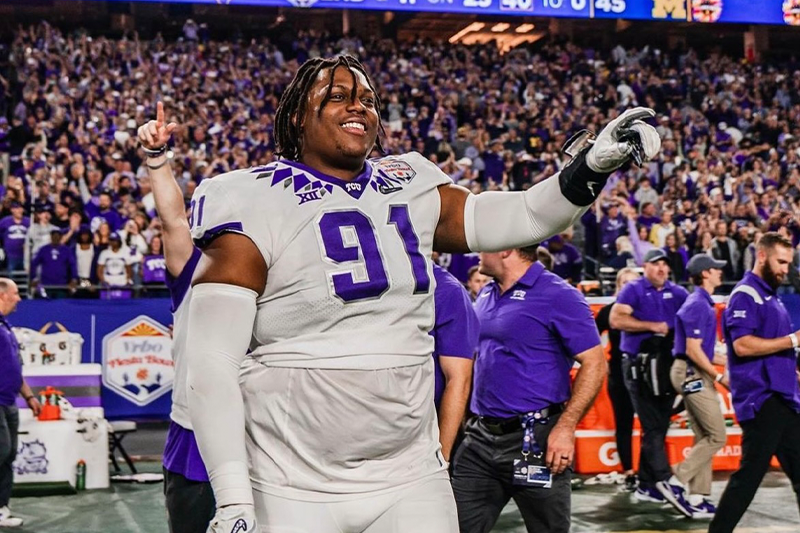 Tymon Mitchell ’19 wrapped up his college football season with a second straight appearance in the National Championship game last night against Georgia. The TCU defensive lineman suited up in all 15 games for the Horned Frogs, totaling 20 tackles, including 3.5 for a loss, three sacks, and a fumble recovery. Last season, Mitchell played in five games for the national championship-winning Georgia Bulldogs. Last night was the first time he faced his former team, as he earned a solo tackle.

In his time at FRA, Mitchell was named the Division II-AA Middle Region Defensive Player of the Year twice, earned all-state honors, and led the Panthers to the state semifinals in football. While competing for the wrestling team, he finished third in the 2018 state wrestling championship in the 285-pound weight class.