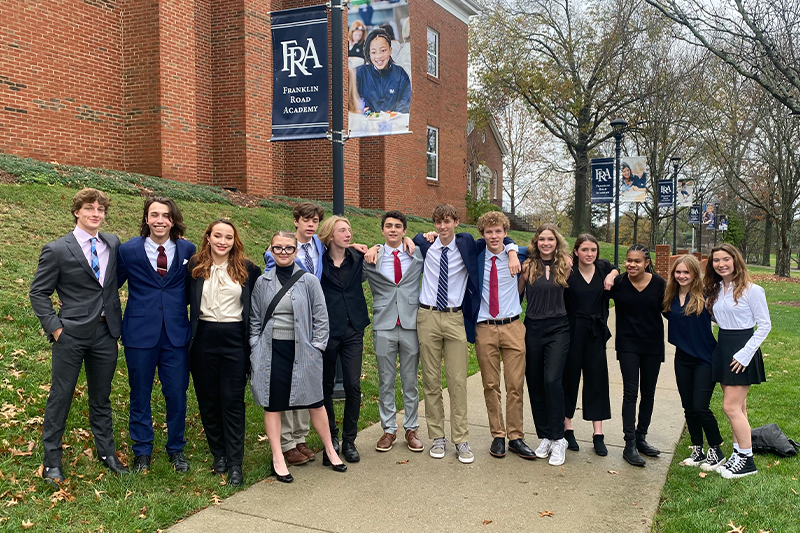 Out of 200 teams, only three countries made it to the plenary, including our Brazil team, which ended up being the only country in the entire conference that was voted to pass. Two members of the Brazil team – Stanley Davis and MK McDowell were awarded Outstanding Delegates. On our Denmark 2 team, Zach Dillard had his resolution pass from the committee to the General Assembly, where he was also selected as a member of the Secretariat Summit. We are so proud of these students!

Each fall, the YMCA of Middle Tennessee sponsors a Model United Nations conference. At the conference, Tennessee high school students learn about the real-world operation of the United Nations by participating in a reenactment of the organization’s activities.

Most students form delegations and represent member countries’ interests in the General Assembly by drafting and debating resolutions. These resolutions cover a wide variety of topics of international concern. Other students have the opportunity to represent their countries on the Security Council and Secretariat, to participate in a model International Court of Justice, and to serve in the Department of Public Information.